Today, Facebook will begin notifying the eighty-seven million Facebook users whose details were shared with Cambridge Analytica in one of the social network’s largest data breaches to date.

Those impacted by the data breach will be notified with a detailed message on their news feed. 70 million of those individuals are located in the United States, 1 million in each of the UK, Philippines and Indonesia, and 310,000 within Australia. 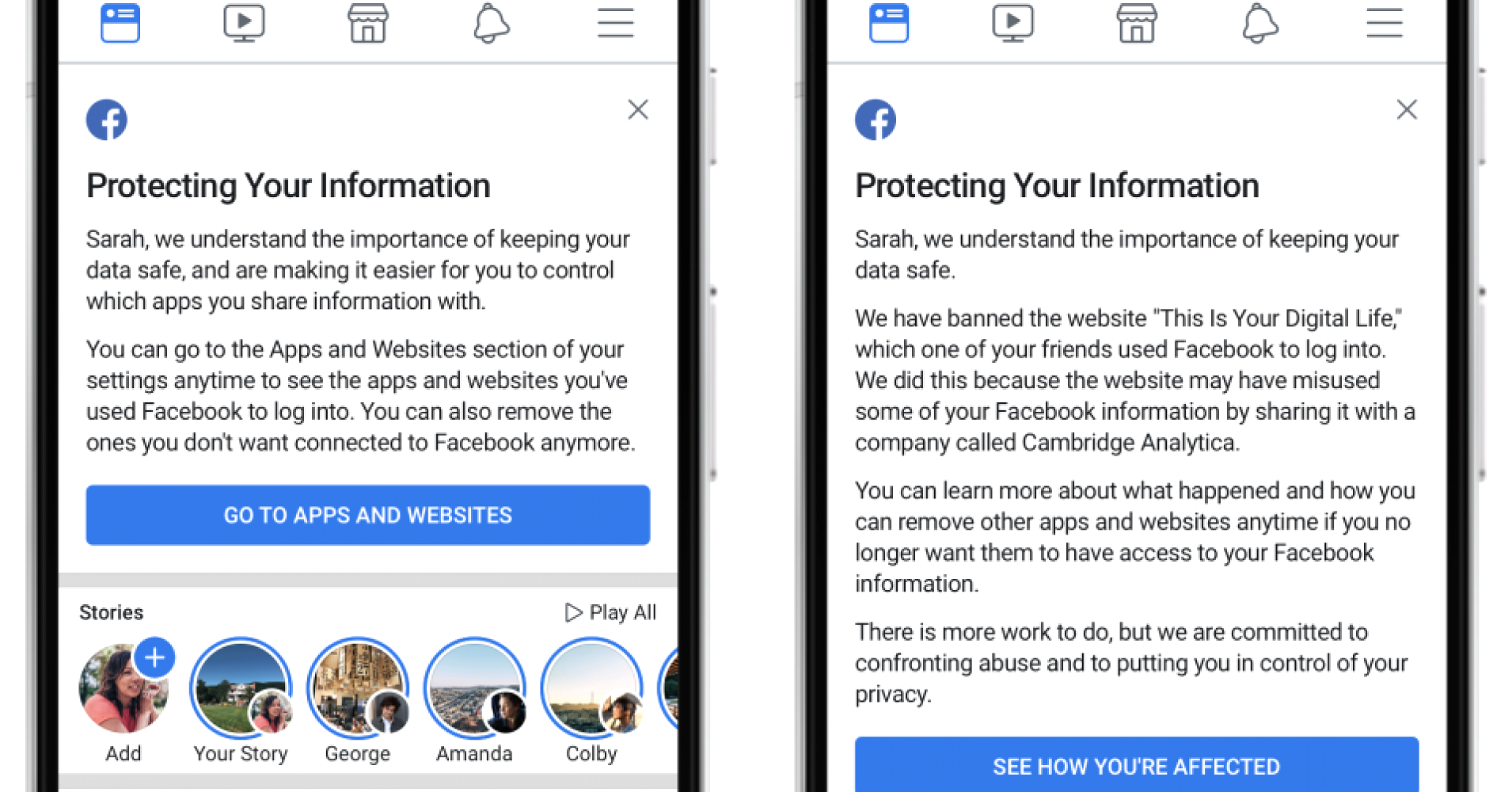 This news comes just weeks after the Observer revealed that Cambridge Analytica, the data analytics firm that worked with the Donald Trump election team, acquired millions of profiles belonging to United States citizens and used that data to create a software program designed to predict and influence voters.

Facebook originally discovered that this information had been harvested in late 2015, but instead of notifying Facebook users immediately, the social network waited nearly 3 years to alert users that their profiles had been compromised.

The information was collected through an app called thisisyourdigitallife, an app built by Aleksandr Kogan, the Cambridge University academic in collaboration with Cambridge Analytica. Hundreds of thousands of Facebook users were paid to take a personality test and consented to have their data collected. But the app also harvested information belonging to the participants’ friends.

Cambridge Analytica whistleblower Christopher Wylie told the Observer last month, “We exploited Facebook to harvest millions of people’s profiles. And built models to exploit what we knew about them and target their inner demons. That was the basis the entire company was built on.” In an interview with NBC’s Meet the Press yesterday, Wylie also admitted that the data of Facebook users could be stored in Russia and other places across the globe.

Facebook’s CEO Mark Zuckerberg is expected to testify before Congress on Wednesday this week and has acknowledged that he made a “huge mistake” in failing to take a broad enough view of the company’s responsibilities. Zuckerberg declined to appear before a U.K. select committee, but lawmakers have reiterated calls for the social network’s billionaire co-founder to give evidence.

Read the article on The Guardian