The foundation of NNT Change Tracker is the grouping system. Deployed agents and devices monitored by Change Tracker’s agentless operations are placed into groups which carry monitoring templates for that group.

For example, the Change Tracker group Windows 2012 R2, has an attached template that monitors all the key configuration components of a Windows 2012 R2 server. Sounds pretty straightforward I’m sure you will agree.

The grouping system is accumulative in Change Tracker, meaning that a single device can reside in more than one group and so a Change Tracker user can dial in granular coverage for the systems within the organization. 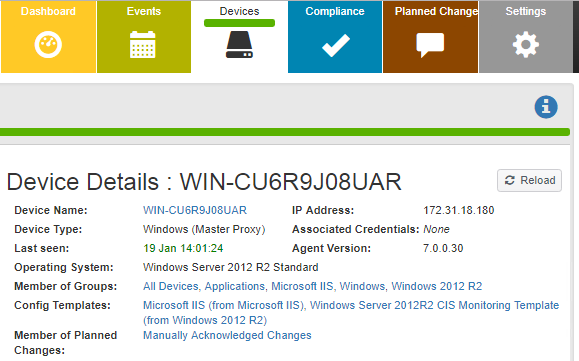 For example, device WIN-CU6R9J08UAR is a web server and as such, has Internet Information Service installed. Therefore, this system has also been placed into the Microsoft IIS group and so the accompanying Microsoft IIS template, which monitors wwwroot, has been applied to the system.

To recap the configuration then! 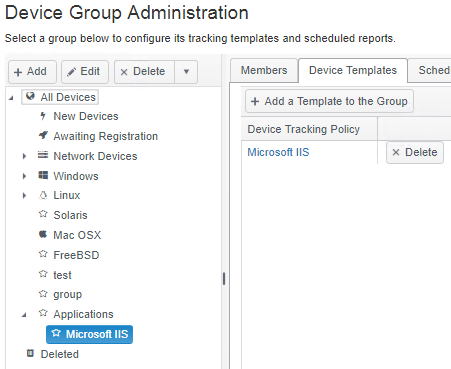 The remaining monitoring comes from the template attached to the Windows 2012 R2 group. Two groups, two templates, got it? Good! 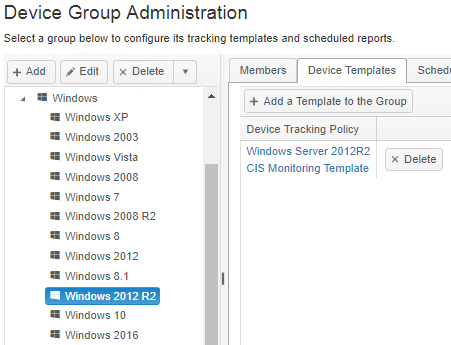 Why is this useful?

It is not uncommon for IT departments to be subdivided into technology and application silos, providing focused knowledge and expertise. In such an environment we can use the Change Tracker groups to provide targeted information to users of the Change Tracker application within the different silos. Starting with Change Tracker’s role-based access control, users can be organized by groups so they only see systems which are members of their group or groups of interest.

In our example here, AdamC, who looks after the web applications, only has access to the Microsoft IIS group.

Consequentially, when AdamC logs into Change Tracker, only the Microsoft IIS group and the members of that group are available to him. 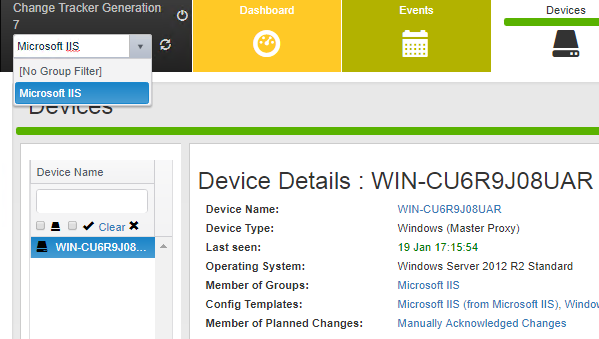 The same approach is utilized for the notifications which Change Tracker issues. A user, such as AdamC, can be configured to only receive notification events which have been detected by the Microsoft IIS group and template.

There could be many more changes identified on a system by other applied templates as this screenshot shows, note the paths of the first two events within the table are for changes within C:\Program Files. 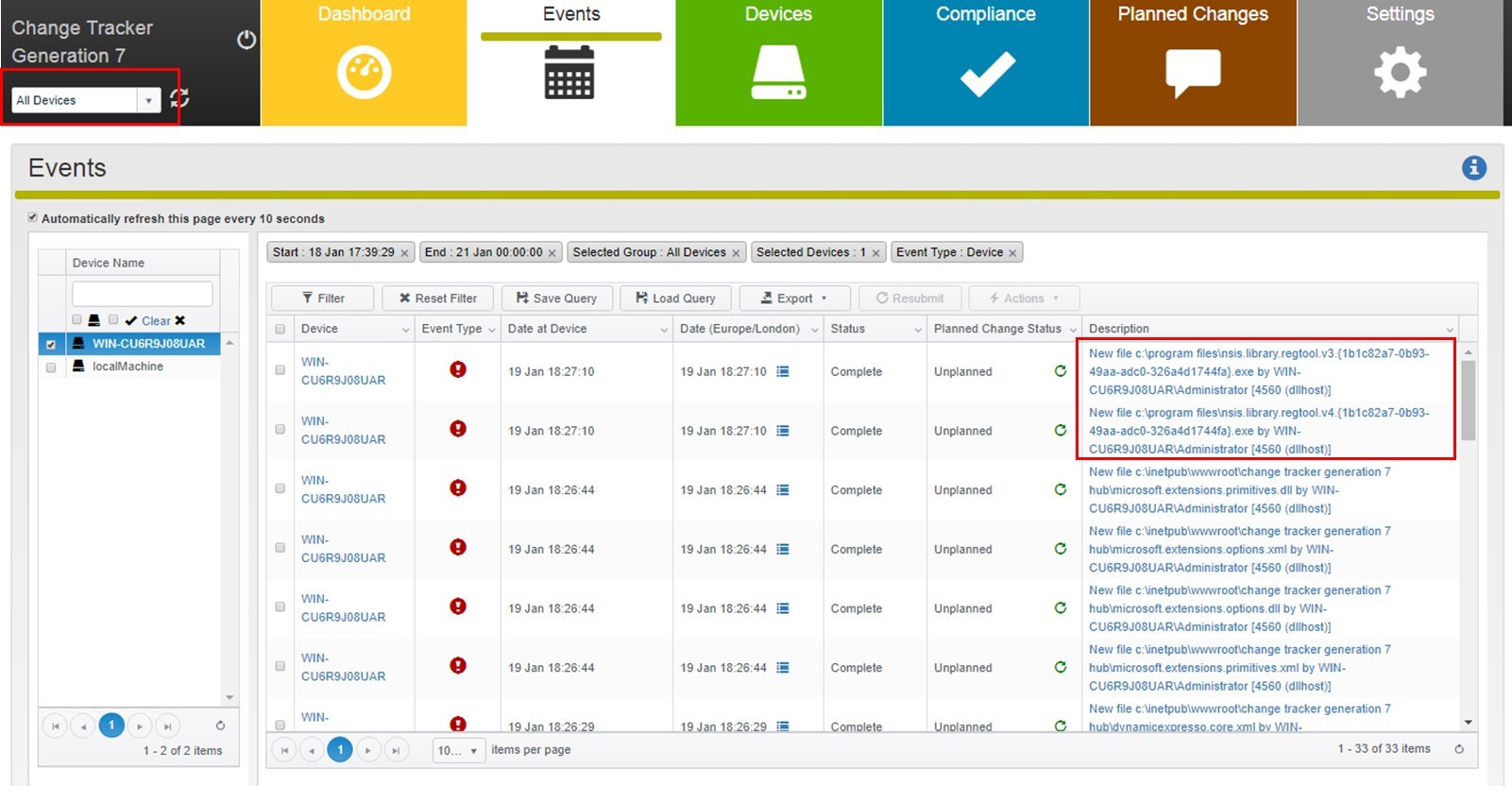 However, once AdamC logs in, the group is changed to Microsoft IIS and only event changes which match this group are displayed.

And because AdamC’s notification setup includes unplanned changes for the Microsoft IIS, then a notification email regarding the changes to wwroot is sent to him. 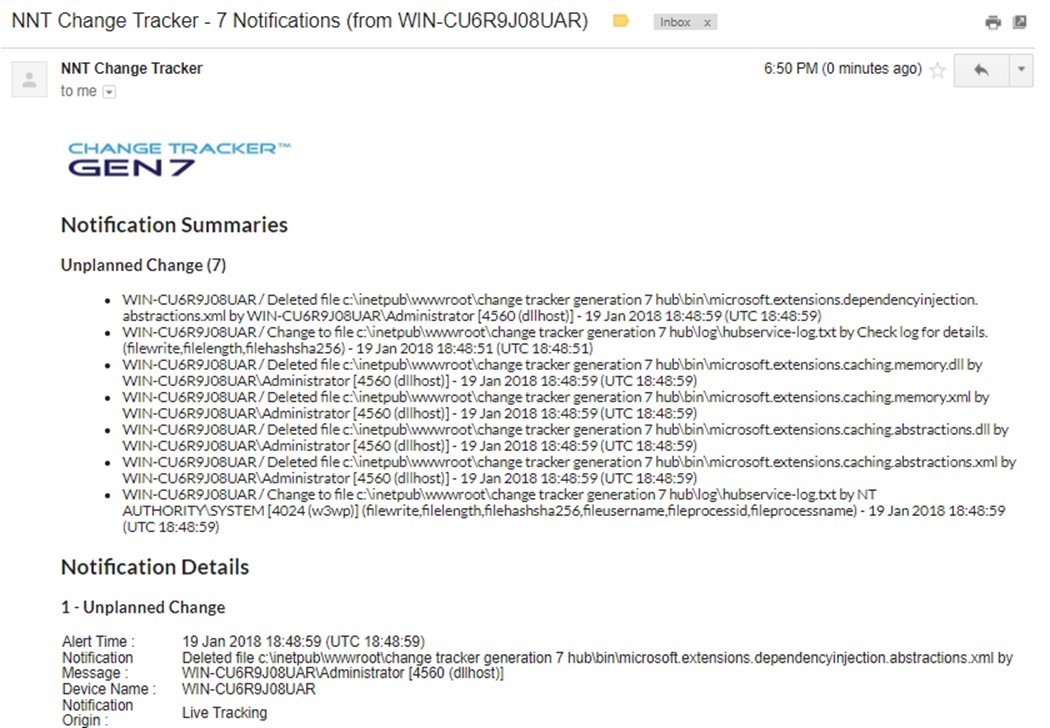