How To Move From A DevOps To A DevSecOps Approach

DevOps and traditional security have historically operated with different schools of thought. In the past, security was seen as a hindrance to the DevOps process and the role of security was left to address at the end of an applications life cycle.

But now, there’s a way to make security a part of your DevOps process without reducing speed or scalability – with the adoption of DevSecOps. Understand the differences between these two IT approaches and learn how to bridge the gap between DevOps and DevSecOps in our latest blog. 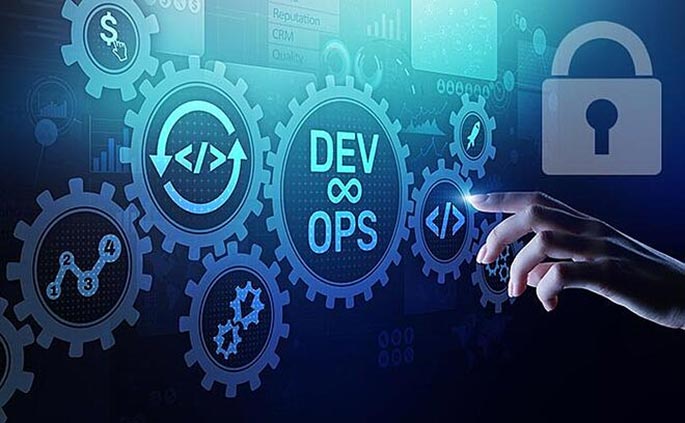 But First - What is DevOps?

The focus of DevOps is to significantly decrease and streamline the development to operations life cycle of a system as if moves along the DevOps pipeline. A DevOps pipeline pays close attention to testing the code as soon as possible in order to identify and fix any problems. DevOps is well recognized and has been adopted by many organizations, but it leaves the security assessment as an implied task. The result is, as an organization strives to improve their DevOps process, that any security assessment is left as an afterthought.

A development pipeline designed with a security assessment at the end of the process has obvious problems, specifically, should that assessment discover issues that require development fixes, delays will be introduced. It’s likely that the engineer responsible for the area of code that requires attention will have already moved onto another task, requiring the engineer to re-familiarize themselves with that portion of the code. This of course will impact the development of new features as the fix is developed, taking up already limited resources and valuable time.

DevOps and DevSecOps (Development, Security, Operations) are closely related and very much share the same goal: to develop and build in the most efficient manner possible. The main difference is focus - DevSecOps quite literally puts security at the center of the process. With the addition of security, we are of course still focused on developing quality for production, but we are considering the security at all times as we move down the pipeline.

It’s important to note that there is no definitive pipeline for DevOps and DevSecOps; the different stages in your pipeline will be closely aligned to your organization’s specific requirements. Having said that, here are some typical security stages you might consider when adopting DevSecOps in your organization:

This can be achieved by using a tool such as NNT Change Tracker. Change Tracker can be driven via its REST API to provision system monitoring and configuration checking in order to assess how your project will behave within the compliance standard into which it will be deployed.

The Time to Act is Now!

I have mentioned a few NNT tools that can be used within this blog, but there are many other solutions available that would help address the needs explained in the stages above. However, DevSecOps, and DevOps for that matter, are not exclusively addressed by products, either commercially available or open source. These concepts are only formed with an equal blend of people, processes and tools. The challenge is to be secure by default, by culture, by tooling, and by embedding security processes into the development pipeline that addresses risk.