Is a gun better than a knife?


I've been trying hard for an analogy, but this one kind of works. Which is better? A gun or a knife?

Both will help defend you against an attacker. A gun may be better than a knife if you are under attack from a big group of attackers running at you, but without ammunition, you are left defenseless. The knife works without ammunition and always provides a consistent deterrent, so in some respects, gives better protection than a gun. 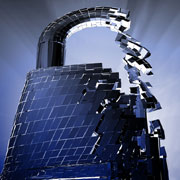 Which is not a bad way to try and introduce the concept of FIM versus Anti-Virus technology. Anti-Virus technology will automatically eliminate malware from a computer, usually before it has done any damage. Both at the point at which malware is introduced to a computer, through email, download or USB and at the instant at which a malware file is accessed, the AV will scan for known malware. If identified as a known virus, or even if the file exhibits characteristics that are associated with malware, the infected files can be removed from the computer.

However, if the AV system doesn't have a definition for the malware at hand, then like a gun with an empty magazine, it can't do anything to help.

File Integrity Monitoring, by contrast, may not be quite so 'active' in wiping out known malware, but - like a knife - it never needs ammo to maintain its role as a defense against malware. A FIM system will always report potentially unsafe filesystem activity, albeit with intelligence and rules to ignore certain activities that are always defined safe, regular or normal.

AV and FIM versus the Zero Day Threat

The key points to note from the previous description of AV operation is that the virus must either be 'known' i.e. the virus has been identified and categorized by the AV vendor or that the malware must 'exhibit characteristics associated with malware' i.e. it looks, feels and acts like a virus. Anti-virus technology works on the principle that it has a regularly updated 'signature' or 'definition' list containing details of known malware. Any time a new file is introduced to the computer, the AV system has a look at the file and if it matches anything on its list, the file gets quarantined.

In other words, if a brand new, never-been-seen-before virus or Trojan is introduced to your computer, it is far from guaranteed that your AV system will do anything to stop it. Ask yourself - if AV technology was perfect, why would anybody still be concerned about malware?

The lifecycle of malware can be anything from 1 day to 2 years. The malware must first be seen - usually, a victim will notice symptoms of the infection and investigate before reporting it to their AV vendor. At that point, the AV vendor will work out how to counteract the malware in the future and update their AV system definitions/signature files with details of this new malware strain. Finally, the definition update is made available to the world, individual servers and workstations around the world will update themselves and will thereafter be rendered immune to this virus. Even if this process takes a day to conclude then that is a pretty good turnaround - after just one day the world is safe from the threat.

However, up until this time, the malware is a problem. Hence the term 'Zero Day Threat' - the dangerous time is between 'Day Zero' and whichever day the inoculating definition update is provided.

By contrast, a FIM system will detect the unusual filesystem activity - either at the point at which the malware is introduced or when the malware becomes active, creating files or changing server settings to allow it to report back the stolen data.

Where is FIM better than AV?

As outlined previously, FIM needs no signatures or definitions to try and second guess whether a file is malware or not and it is, therefore, less fallible than AV.

Where FIM provides some distinct advantage over and above AV is in that it offers far better preventative measures than AV. Anti-Virus systems are based on a reactive model, a 'try and stop the threat once the malware has hit the server' approach to defense.

An Enterprise FIM system will not only keep watch over the core system and program files of the server, watching for malware introductions but will also audit all the server's built-in defense mechanisms. The process of hardening a server is still the number one means of providing a secure computing environment and prevention, as we all know, is better than cure. Why try and hope your AV software will identify and quarantine threats when you can render your server fundamentally secure via a hardened configuration?

Add to this that Enterprise FIM can be used to harden and protect all components of your IT Estate, including Windows, Linux, Solaris, Oracle, SQL Server, Firewalls, Routers, Workstations, POS systems etc. etc. etc. and you are now looking at an absolutely essential IT Security defense system.

This article was never going to be about whether you should implement FIM or AV protection for your systems. Of course, you need both, plus some good firewalling, IDS and IPS defenses, all wrapped up with solid best practices in Change and Configuration Management, all scrutinized for compliance via comprehensive audit trails and procedural guidelines.

Unfortunately, there is no real 'making do' or cutting corners when it comes to IT Security. Trying to compromise on one component or another is a false economy and every single security standard and best practice guide in the world agrees on this.

FIM, AV, auditing and change management should be mandatory components in your security defenses.