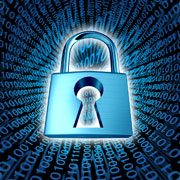 This is a 3 step series examining why File Integrity Monitoring is essential for the security of any business’ IT. This first section examines the need for malware detection, addressing the inevitable flaws in anti-virus systems.

Malware Detection – How Effective is Anti-Virus?

When malware hits a system - most commonly a Windows operating system, but increasingly Linux and Solaris systems are coming under threat (especially with the renewed popularity of Apple workstations running Mac OS X) - it will need to be executed in some way in order to do its evil deeds.

This means that some kind of system file – an executable, driver or DLL has to be planted on the system. A Trojan will make sure that it gets executed without further user intervention by replacing a legitimate operating system or program file. When the program runs, or the OS performs one of its regular tasks, the Trojan is executed instead.

On a user workstation, 3rd party applications such as internet browsers, pdf readers and mundane user packages like MS Word or Excel have been targeted as a vector for intermediate malware. When the document or spreadsheet is opened, the malware can exploit vulnerabilities in the application, enabling malware to be downloaded and executed.

If you are lucky, you won’t be the first victim of this particular strain of malware and your AV system – provided it has been updated recently – will have the necessary signature definitions to identify and stop the malware.

When this is not the case, and bear in mind that millions of new malware variants are introduced every month, your system will be compromised, usually without you knowing anything about it, while the malware quietly goes about its business, damaging systems or stealing your data.

That is, of course, unless you are using File Integrity Monitoring.

Enterprise-level FIM provides an ideal host intrusion detection technology, reporting any unusual filesystem activity. Unusual is important, because many files will change frequently on a system, so it is crucial that the FIM system is intelligent enough to understand what regular operation looks like for your systems and only flag genuine security incidents. By extension, the same principles of integrity checking can be applied to other breach or host intrusion detection indicators, such as registry keys/values, Windows security policy, user accounts, service and process lists, installed software and updates and of course, the Linux equivalents of these in terms of configuration file settings.

However, exclusions and exceptions should be kept to a minimum because FIM is at its best when it is operated in a ‘zero tolerance’ approach to changes. Malware is formulated with the objective that it will be effective, and this means it must both be successfully distributed and operate without detection.

The challenge of distribution has seen much in the way of innovation. Tempting emails with malware bait in the form of pictures to be viewed, prizes to be won, and gossip on celebrities have all been successful in spreading malware. Phishing emails provide a convincing reason to click and enter details or download forms and specifically targeted Spear Phishing emails have been responsible for duping even the most cybersecurity-savvy user.

Whatever the vector used, once malware is welcomed into a system, it may then have the means to propagate within the network to other systems.

So early detection is of paramount importance. And you simply cannot rely on your anti-virus system to be 100% effective, as we have already highlighted.

FIM provides this 'zero tolerance' to filesystem changes. There is no second-guessing of what may or may not be malware, guaranteeing that all malware is reported, making FIM 100% effective in detecting any breach of this type.

FIM is ideal as a malware detection technology as it is not prone to the 'signature lag' or 'zero-day vulnerabilities' that are the Achilles’ Heel of anti-virus systems. As with most security best practices, the advice is always more is better, and operating anti-virus (even with its known flaws) in conjunction with FIM will give the best overall protection. AV is effective against legacy malware and its automated protection will quarantine most threats before they do any damage. But when malware does evade the AV, as some strains always will do, real-time FIM can provide a vital and host intrusion detection safety net.