Hackers are selling the payment card details of more than 30 million Americans and over 1 million foreigners on Joker's Stash, the internets largest payment card forum.

This card dump which occurred on Monday was advertised as "BIGBADABOOM-III", but Gemini Advisory found that the card details traced back to Wawa, an East Coast convenience store chain.

In late December, Wawa announced that malware had been present on its systems from March 4 until December 12, going months without being detected and ultimately removed from impacted systems. The company claimed that the malware had collected card details for all customers who used debit or credit cards to purchase goods at their gas pumps and convenience stores. All 860 retail locations, 600 of which doubled as gas stations, were said to be impacted by this breach.

The prolonged infection period on top of the infection at hundreds of different locations has yielded the hacker group a massive trove of payment card details. Gemini Advisory claims that the dump includes 30 million US records across 40 states as well as one million non-US records from over 100 different countries.

The company claims that only payment card information was compromised and that no debit card PINs, CVV2 numbers or other personal details were involved. But a sample report obtained by ZDNet shows that the dump included CVV2 numbers.

The card details are settling for an average of $17 per card for US-issued cards and $210 per card for international cards.

>> Read our latest article to learn about POS Protection and why breach prevention and host intrusion detection have never been more valuable. 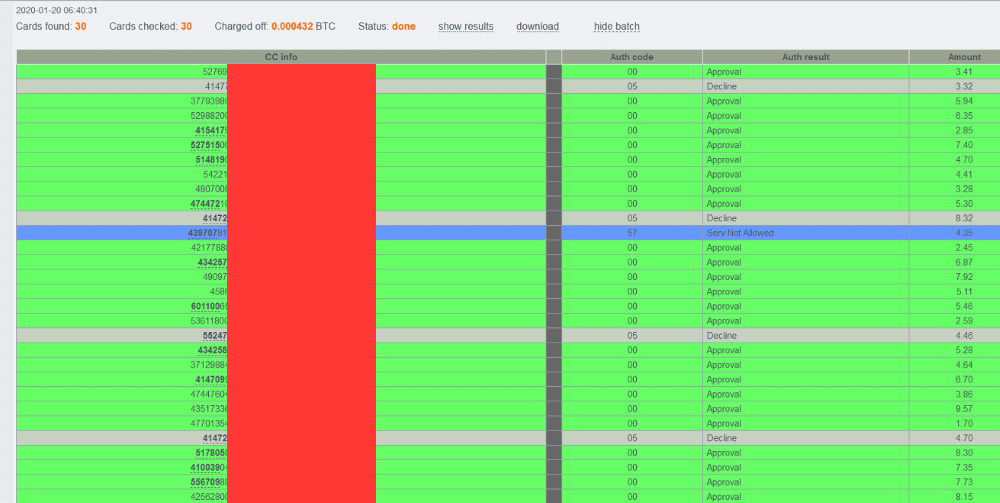