Within the FIM technology market, there are choices to be made. Agent-based or agentless is the most common choice, but even then there are both SIEM and ‘pure-play’ FIM, solutions to choose between. 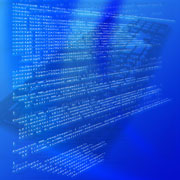 There is never a clear advantage for either agent-based or agentless File Integrity Monitoring (FIM) as a host intrusion detection and configuration management technology. There is a balance to be found between agentless FIM and the arguably superior operation of agent-based FIM, offering

Conversely, proponents of the Agentless vulnerability scanner will cite the advantages of their technology over an agent-based FIM system, including

Using SIEM technology is much easier to deal with. Similar to the agentless argument, a SIEM system may be operated without requiring any agent software on the endpoints, using WMI or native Syslog capabilities of the host. However, this is typically seen as an inferior solution the agent-based SIEM package. An agent will allow for advanced security functions such as hashing and real-time log monitoring.

For FIM, all SIEM vendors will rely on a combination of host object access auditing, combined with a scheduled baseline of the filesystem. The auditing of file system activity can give real-time FIM capabilities but will require substantially higher resources from the host to operate this than a benign agent. The native auditing of the OS will not provide hash values for files so the forensic detection of a Trojan cannot be achieved to the extent that an enterprise FIM agent will do so. Similarly, monitoring the Windows registry using Object Access Auditing is even more cumbersome and usually forces big compromises to be made to the breadth of monitoring, leaving a weak host intrusion detection system (HIDS) capability.

The SIEM vendors have moved to address this problem by providing a scheduled baseline and hash function using an agent. The result is a solution that is the worst of all options – an agent must be installed and maintained, but without the benefits of a real-time agent!

In summary, SIEM is best used for event log analysis and FIM is best used for File Integrity Monitoring and HIDS. Whether you then decide to use an agent-based FIM solution or an agentless system is tougher. In all likelihood, the conclusion will be that a combination of the two is going to be the only complete solution.