File Integrity Monitoring - FIM Could Just Save Your Business 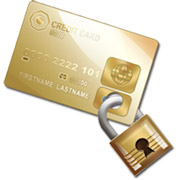 No guns were used, no doors forced open, and no masks or disguises were used, but up to $500Million has been stolen from businesses and individuals around the world. Reuters reported last week that one of the world's biggest ever cyber crime rings has just been shut down. The Citadel botnet operation, first exposed in August last year, shows that anyone who wants to think big when it comes to cybercrime can make truckloads of money without even leaving home.

It's a familiar story of basic identity theft - PC's used to access on-line bank accounts were infiltrated by keylogging malware known as Citadel. This allowed security credentials to be stolen and then used to steal money from the victims' bank accounts. The malware had been in operation for up to 18 months and had affected up to 5 million PCs.

Like any malware, until it has been discovered, isolated and understood, anti-virus technology cannot tackle malware like Citadel. So-called 'zero-day' malware can operate undetected until such time as an anti-virus definition has been formulated to recognize the malware files and remove them.

This is why File Integrity Monitoring Software is also an essential defense measure against malware. File integrity monitoring or FIM technology works on a 'zero tolerance' basis, reporting any changes to an operating system and program filesystems. FIM ensures that nothing changes on your protected systems without being reported for validation, for example, a Windows Update will result in file changes, but provided you are controlling when and how updates get applied, you can then isolate any unexpected or unplanned changes, which could be evidence of a malware infection. Good FIM systems filter out expected, regular file changes and focus attention on those system and configuration files which, under normal circumstances, do not change.

A victimless crime? Maybe not if you're a business that has been affected

Generally speaking, individuals affected by identity theft or credit card fraud will have their funds reimbursed by their bank and the banking system as a whole, so it often feels like a victimless crime has been perpetrated.

Worryingly though, in this case, an American Bankers Association spokesman has been reported as saying that 'banks may require business customers to incur the losses'. It isn't clear as to why the banks may be seeking to place blame on business customers in this case. It is reported that Citadel was present in illegally pirated copies of Windows, so the victims may well be guilty of using counterfeit software, but who is to blame, and how far down the line can the blame be passed? The business customer, their supplier of the pirated software, the wholesaler who supplied the supplier?

Either way, any business user of on-line banking technology (and the consensus of estimates suggest that around half of businesses do at least 50% of their banking on-line, but that this is increasing year on year) should be concerned that protecting access to their bank account should be something they take seriously. It could well be that nobody else is looking out for you.

It may still be the case that 'Crime doesn't pay' but it seems that Cybercrime can pay handsomely. But for cybercrime to work, there needs to be a regular supply of victims and in this case, victims not using any kind of file integrity monitoring are leaving themselves exposed to zero-day malware which is currently invisible to anti-virus systems.

Good security is not just about installing AV software or even operating FIM but should be a layered and integrated approach. Leveraging security technology such as AV, FIM, firewalling, IDS and IPS should be done in conjunction with sound operating procedures to harden and patch systems regularly, verified with a separate auditing and governance function.